Monteponi - meaning Mount Ponis, a few km from Iglesias - em­braces the origins of Sardinian mining, reaching back thousands of years. A history whose roots were made famous by the martyr Pope Ponziano, condemned ad metalla (i.e. to slave labour in the mines) and, centuries later, by the Pisan legislators who wrote the Breve di Villa di Chiesa, the first mining codex in Europe.
But it was not until June 1850 that modem industrial mining com­menced in the area, when the Societa di Monteponi Regia Miniera presso Iglesias - having obtained a concession under the Savoy mining law - embarked on a venture which would make it one the leading industrial players in Sardinia. Backed by Ligurian capi­tal and under the leadership of tradesman-banker Paolo Antonio Nicolay, in just a few years Monteponi began to rival its competi­tor Montevecchio for primacy among the mining companies of the young Kingdom of Italy. The importance of this mine and the large production volume achieved from its first years of operation attract­ed some of the best Italian engineers. Their names mark the various stages of a long and extraordinary technical and industrial history: Giovanni Galletti, Giulio Keller, Carlo Baudi, Adolfo Pellegrini in the heroic period; and then again Erminia Ferraris, Roberto Cattaneo, Francesco Sartori, in the central years; and finally Andrea Binetti and Enrico Musio in the final period of its splendour. The impressive industrial structures of this mine include the pumping system for draining water from the mine's underground galleries. The water, collected many metres below sea level was discharged into the sea through an original drainage channel almost 6 km long from Pozzo Vittorio to the beach of Fontanamare. At Monteponi the hydrostatic level was lowered to 13 m above sea level, making it possible to extract minerals at even lower levels. Another important feature was the private rail track linking the mining site to a port near the town of Portoscuso, which was named Porto Vesme in homage to mine Director Baudi di Vesme.
In the second post-war period, Monteponi experienced the same sad fate as the other lead and zinc mines, overwhelmed by the crisis and forced to close in the 1990s after a fruitless attempt at rescue by State companies EGAM and ENI. 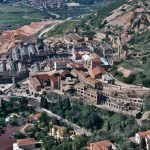 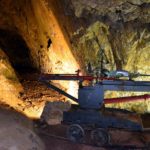 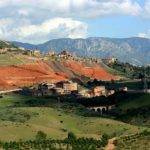 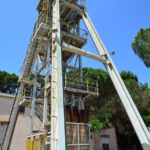 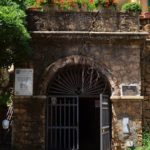