An atmosphere filled with passion and devotion. An austere scenario that is, at the same time, engaging, colourful and inebriating. The Festha Manna is event par excellence in Sassari. It is a moment of authentic and identity values, expressions of community and of tradition. It is the moment of the Faradda di li Candareri , the Descent of the Candlesticks, a dancing procession of large wooden columns, votive and symbolic candles, that advance along the town’s historical roads, from Piazza Castello, along Corso Vittorio Emanuele, to the Church of Santa Maria di Betlem. In 2013, it was included in the UNESCO Intangible Cultural Heritage List. In mid-summer, you can combine relaxation on the splendid beaches in the northwestern part of the Island with a moment of 'alternative' culture that will allow you to discover the charm of Sardinian traditions.

For five centuries, every year, the Faradda has been renewing the vow made to the Virgin Mary of the Assumption (Madonna Assunta). It originated in Pisa, at a time when Sassari was one of its colonies. The first celebrations date back to the 13th century, with the offering of candles to the Virgin Mary, in mid-August, by the town's trade corporations. The first evidence documenting this goes back to 1504. Along with the traditional offering, the deeper value of the vow made to the Virgin Mary was added, the intercession of whom led to the end of an epidemic of the plague. According to the Sassari-born historian Enrico Costa, the institution of the celebration with this meaning took place in 1528. After this, the celebration remained 'uncontaminated' for five centuries, becoming enriched over the years with goliardic spirit and pomp. There are approximately ten large candles, each representing a gremio (guild), and hence a corporation: public-transport workers, shoemakers, agricultural workers, blacksmiths, carpenters, butchers, farmers, masons, greengrocers, piccapietre (stone-cutters), tailors and wayfarers.

The large wooden columns are carried on the shoulders of the gremianti (members of the guilds), accompanied by the rhythm of pipes and drums. The ritual ends with the fulfilment of the vow inside Santa Maria di Betlem, where the gremi rotate each Candlestick three times in honour of the Virgin Mary. The candlestick is a large wooden cylinder weighing approximately four quintals, formed by three parts: a pedestal, a quadrangular base in which the poles used to carry it are inserted, a three-metre high cylindrical shaft, on which the image of the patron saint or the Virgin Mary is depicted, and a capital, with four or six faces, with portrayals of patron saints and symbols of the trade. On the tailor candlestick, the capital is a brazier. On the top of it, there is a ring of brocade weather vanes forming a crown. The column is adorned with oleander flowers and willow branches and the capital with coloured garlands. Attached to its base are li vetti, multi-coloured silk ribbons, forty metres long. These are held by youths from the gremio) during the descent and are stretched radially during the dance of the candle, creating a captivating visual effect.

Heartfelt and anxiously awaited throughout the year, the celebration officially begins on 4 August with the 'descent of the little Candlesticks' , while on 10 August that of the 'medium Candlesticks' takes place. The next day, there is the arrostita: a culinary event featuring one of Sassari's most delicious, typical dishes, namely zimino. On 12 August, the concert for the Candlesticks takes place. 14 August marks the highlight of the Faradda: in the early hours of the morning, the dressing of the candles takes place in the house of the obriere (president of the guild) and in the sites where the various gremi are located, each with its own banner (you can witness all this, accompanied by guides). It is an evocative moment: the gremianti (guild members) give a soul to the wood, decorating it with care and devotion. The procession sets off in the afternoon. Along the route, the crowds watch and participate, following the rhythm of the drums, the crossing of li vetti and the uncompromising and 'strenuous' swaying of the gremianti, as they advance dressed in ancient-style costumes 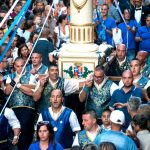 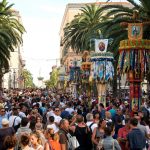 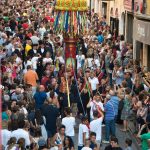 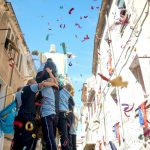 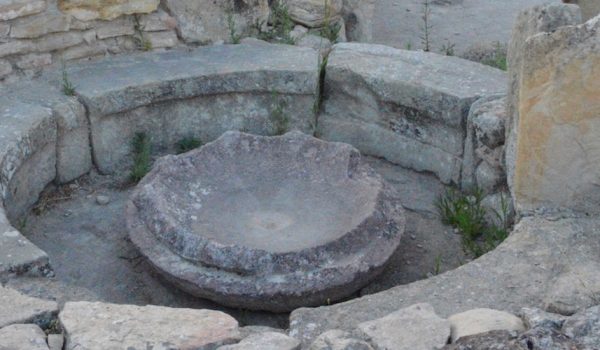 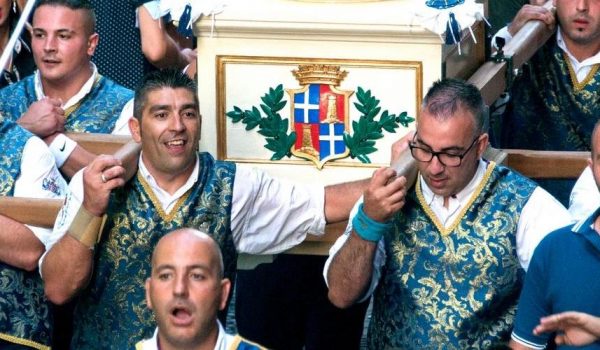 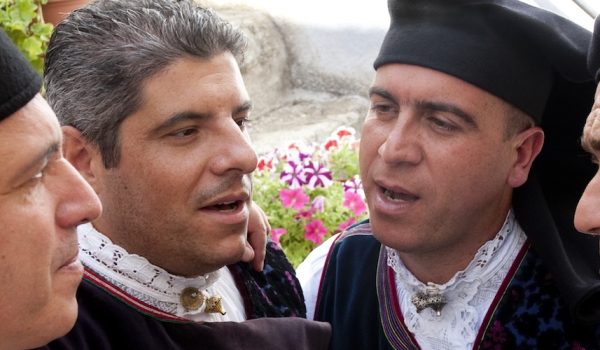